Californians are heading to Texan cities at a rate of 82,000 annually

TX has grown almost 16% in the past decade, according to the data by US Census in 2020. With this influx of new residents, the state’s gained almost 4 million people and has reached third place in population growth, right behind Utah and Idaho. And among these people, there were a lot of Californians. They have all made firm decisions to contact several relocation companies, get a quote from each and invest in cross-country moving services to move to the Lone Star State.

Is the Californian Exodus Real?

There are several reasons to move that have motivated many Californians to leave their homes behind and settle in states like Texas, Washington, and Arizona. Some have even moved a business to another state or simply packed and moved with kids in search of a better life. The main reason behind this is the fact that Cali remains to be among the most expensive states to live in. Others made this decision during the Coronavirus pandemic because they were free to work remotely, so they wanted to change their surroundings.

The high number of people that have left Cali has inspired some to call this mass emigration the “California Exodus.” Nearly 700,000 Californians have left their homes and moved to TX since 2010, according to US Census data. They have mostly moved to Dallas, Austin, and Houston. These two states are two of the wealthiest and also largest in the country, and they are both growing in population number. But, there are many reasons why celebrities and common people are relocating from Cali to become Texans.

The main culprit of the majority of Californians fleeing their state’s borders toward Texan cities is the fact that Cali remains to be one of the most expensive places to live in the US. So, whether people decided to move to another state alone or with their families, many have uprooted their lives, left the sunny beaches behind, and gone to TX with a bunch of house-hunting tips in mind.

You can be a big fan of eating out or a fan of homemade meals. Whatever the deal is, in truth, a substantial sum needs to be directed toward food and groceries. MIT had a meta-analysis that, combined with a “where should I move” quiz, could have directed you to one of the Texan cities. It has shown that an average Californian would require around $3,550 for a well-rounded and nutritious diet annually, while a Texan could afford the same for only $2,990.

Contacting different relocation companies to ask, “How much is a moving truck from California to Texas?” might not have crossed your mind before. After all, Cali is well-known as a paradise for entertainment and a cosmopolitan hub. But, there’s something that could highly motivate you to make a household inventory list, call cross-country movers and pay for packing services. It’s the fact that if you take recreational expenses into consideration, along with transportation costs and other costs related to entertainment, you will realize that Californians spend about 5.4% more annually than an average Texan.

If you have a family, there is one more thing that can serve as a motivator for investing in long-distance moving services from Cali’s area to the Texan cities, and it’s the child care expenses. You may consider moving to a smaller home in one of the Lone Star State’s counties when you realize you are paying around $32,000 annually for raising one child. On the other hand, child care in TX would amount to much less – around $25,000 a year. We all know that there are no such things as free rent or housing for free, but some parts of the US have become unbearably expensive in terms of property. While real estate prices are growing everywhere and are even getting higher in all the Texan cities steadily, California’s housing costs have skyrocketed. But, when you see the difference in the prices, you won’t look for the cheapest way to move between states or consider what the best time of year to move is. According to Zillow, median house costs in Cali are approximately $625,000, while the median home price in TX is around $305,000.

The following video talks about the housing costs, medium rent prices, and other reasons for massive emigration out of Cali.

Do you have a job that requires relocation to the Lone Star State? Or perhaps you want to start your own enterprise outside of Cali? One of the best things about being a business owner in TX is that this is a place famous for a tax-friendly environment. Additionally, it has some of the lowest local as well as income taxes on the state level, so it serves as a big motivation for people on the move. Once you realize this, you’ll be searching for “How much does it cost to ship furniture from California to Texas?” in no time. However, there are some rules and regulations you should keep in mind prior to your move.

Leaving San Diego and Heading to a Texan City? Keep Some Things in Mind

Residents of San Diego and other coastal cities in Cali are often accustomed to enjoying the perfect beach life. And although you have an idea of what to expect in most Texan places after you move to the suburbs of a big city or perhaps to a small town, there are some facts you should bear in mind:

Whether you will require a parking permit or not in the place you intend to live in, what you won’t miss after you leave Cali behind are the neverending traffic jams. Driving in Texan cities will become an enjoyment, as opposed to the necessity of driving through the infamous traffic in California’s metropolises.

Reason 4 – Job Opportunities Are Plentiful, and You’ll Be Doing Your Career a Service

Your decision to contact a long-distance moving company and ask, “How much money do I need to move to Texas?” may still not be a firm one, so let’s examine the job market of both states. Although Cali has always been popular for job prospects in media and entertainment, Texan cities are booming with work opportunities, especially in the information and technology industries.

But, no matter the quote you receive, bear in mind that you won’t have a problem finding a job when you move to TX. The tech hub is centered around the state’s capital, so if you are a techie, you will find that living in Austin is just what you’re looking for. The city is home to Palantir Technologies, SpaceX, Oracle, and many other thriving companies.

Additionally, besides the growing tech hub, the state’s always on the lookout for other types of workers. US Bureau of Labor Statistics data shows that one of the largest sectors in TX is the energy sector. 2020 data states that this sector employs almost 190,000 Texans. 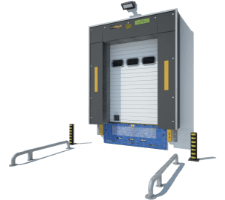 Let’s Compare – Cost of Living in Los Angeles vs. Dallas

If we look at the numbers related to living in LA and Dallas, we will notice some interesting facts. First of all, according to Salary.com, Los Angeles has a 45% higher cost of living than Dallas. To maintain your current standard of life in LA, you would need to earn around $87,000.
The table below shows data that has motivated most Californians to search the internet for “How much does it cost to move from LA to Dallas?”

Get Movers From California to Texas, Invest in Their Services and Move With Ease

If you are considering whether settling in Texan cities is the right decision, keep in mind that even high-profile celebrities have come to the same thought. Elon Musk, the famous CEO of SpaceX and Tesla, moved to TX in 2020, followed by the corporate headquarters of Tesla, Inc the following year.

In 2021, the broadly popular podcaster and commentator of UFC Joe Rogan had the same idea. He has stated that his reasons were to be in the middle of the country, from where you can travel to both places easily and where you can have a bit more freedom. We’re sure that lower taxes didn’t seem unappealing, too.

All these reasons are more than enough a motivation to contact a reliable relocation company and ask them what is the average moving cost from California to Texas. You can easily get good recommendations for moving companies from your friends and family, so it won’t be that hard to decide which relocation quote for professional service is your best option. After all, Texan cities are calling for you, and professionals trained to handle each aspect of your move will help you overcome any anxiety about moving out you might start feeling. So, it’s time to get packing and to become a Texan.